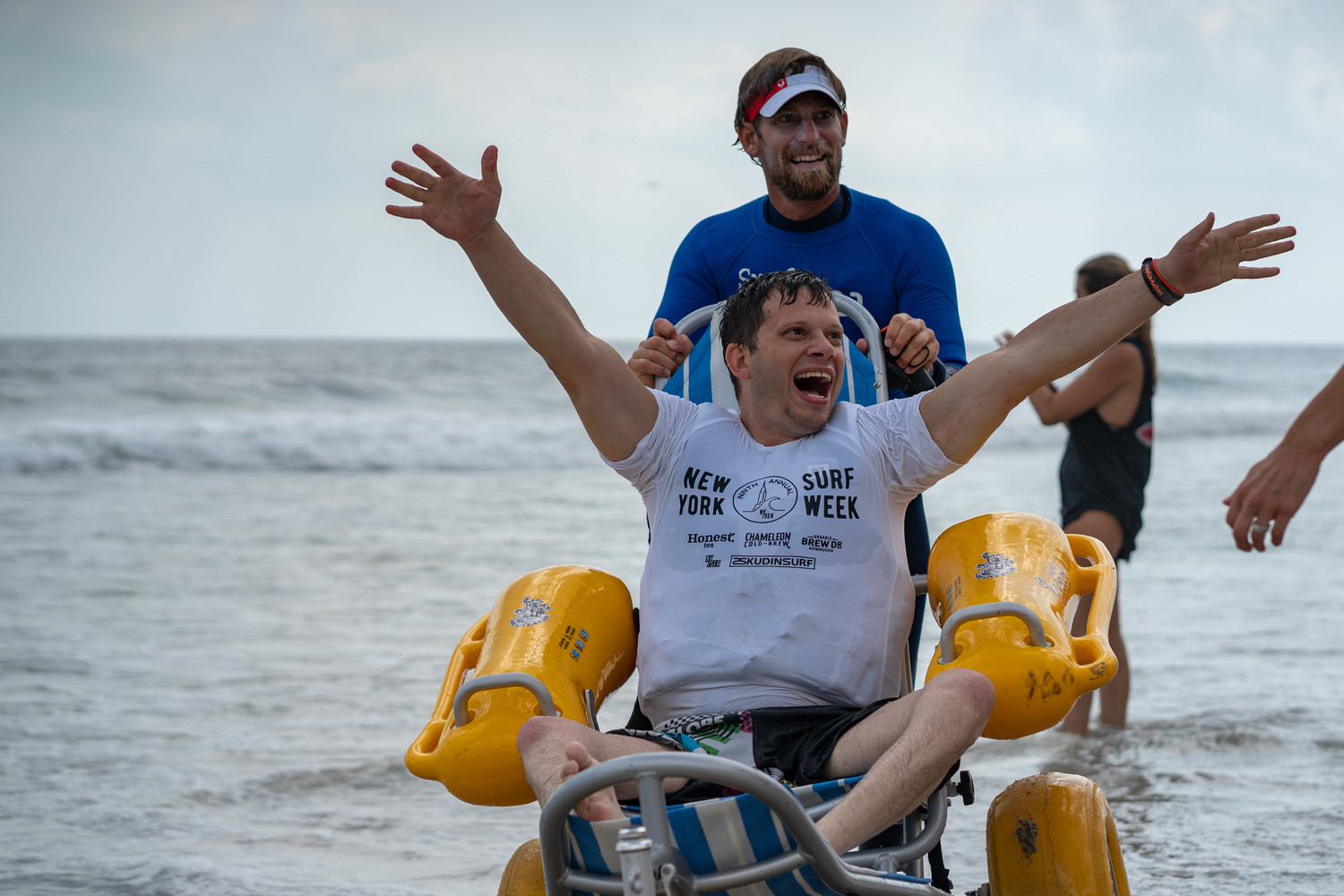 North Massapequa resident Craig “CJ” Mangio, 13, placed first in the boys division of the kids’ surf contest, according to Newsday.

On July 12, the first ever NYSEA’s Lady Liberty Women’s Pro-Am Competition was held with about eight women participating.

The 2nd annual Adaptive All-Stars Surf Competition was held on July 11 where athletes with challenges competed for the New York State championships. On July 12, Surf for All, a local nonprofit organization that provides surfing opportunities to people with disabilities and special needs, hosted an outing for the School of Henry Viscardi at National Boulevard beach. The outing was held in memory of Connor Troy, a local boy who had a neurological disease that inhibited his ability to walk, among other medical issues.

Dylan “Surfing Samurai” Hronec, a 26-year old who has cerebral palsy, attended the event and has surfed in many of the outings over the years.

“I started to surf in 2012 just to escape my wheelchair, and now I’m ready to compete,” Hronec said in a statement. “It’s important to show the world our abilities — to get them to look past our disabilities.”

Surf Week co-founder Will Skudin, a professional big-wave surfer sponsored by Hurley, organizes the outings with his brother, Cliff. The pair run Skudin Surf as well as the Hurley Surf Center on the boardwalk.

Will said surfing is a great way for the kids to get to love the ocean, and, as a result, they become more environmentally concerned about ocean pollution.

Will said that Surf Week began in memory of his late friend, well-known local surfer George “Geeza” Geiser, and included a memorial paddle out in his honor on July 14.

On July 12, a surf film called “Andy Irons: Kissed by God” premiered at the Long Beach movie theater — a film about bipolar disorder and opioid addiction as seen through the life of three-time world champion surfer Andy Irons. Surf Week organizers thanked the Harvey and Ellen Weisenberg Foundation, Waterfront Warriors and the Michelle O’Neill Foundation for making the showings possible. 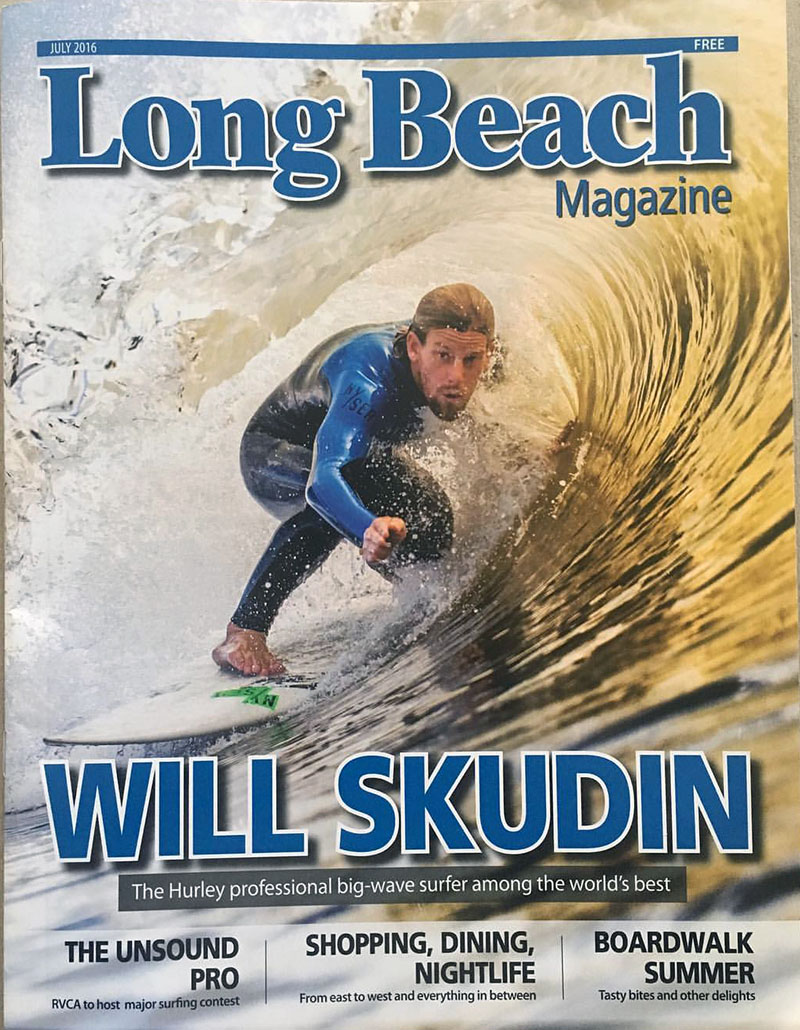